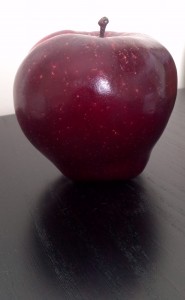 A number of years ago I worked in a company that was looking for ideas for new services they could charge consumers for. The competition was open to all employees and had a broad framework around the challenge. Entrants had to fill out a form (I believe it was one page long) describing the proposed service and why consumers would want it.

This was a great first hand lesson in how to learn from participation in innovation challenges.

Here are some of the pros and cons of this challenge.

There were prizes for the top three ideas.

The Idea Challenge was posted on the corporate web site.

Rewards were outlined as part of the challenge.

Winners received a letter after the announcement letting them know they had won and how appreciative they were.

There were 10 people with the same winning idea and so they gave out 10 of the winning prize, rather then splitting the prize 10 ways. I was one of the 10 winners.

Entrants did not know when the final winners would be selected. Be transparent and informative when creating innovation challenges.

Entrants could not build on top of one another’s ideas. Innovation is about bringing multiple ideas together and building on top of each others ideas.

I received a letter in the mail shortly after the announcement congratulating me – Mr. Erdebil. Unfortunately I am a Ms. The right idea, just a bit of an issue with the execution. I called the administrator to let them know and did not get a corrected letter. Make sure people are recognized as individuals.

There was no formal presentation, in front of peers or executives. Make a big deal of innovation challenges – public recognition is as important, if not more important than financial rewards.

Once the challenge winners were announced the winners were not asked to assist in the execution. Get innovation challenge winners into your team to help build on their original idea. You miss out on the details that they had envisioned for the final product or service and therefore miss out on a chance to really bring innovation forward. For some, getting to work on innovation teams or projects is the greatest reward they can get; they are creative people who want to see their ideas come to market or at least be involved in the process.

Challenge winners had no idea if or when their ideas were going to be implemented. Keep the company informed of what is going on with innovation challenge winning ideas or projects. The chances of  employees spending time to think about and write up for another challenge will be reduced next time around if they don’t see winning ideas being pursued. 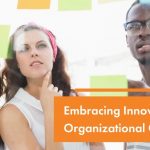 Culture plays a fundamental role in determining how fast an organization can transform and respond to external shifts. To create a collaborative and innovative culture, it is important to get

An organization’s leadership plays a fundamental role in driving innovation within that organization. Leaders set the tone for their organizations through what they say and what they do, from the