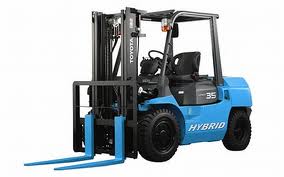 Companies are cutting back on training and trying to make do with maintaining equipment longer than they used to in order to keep costs down. Is this really keeping costs down or increasing costs?

This summer I got back into skating after a few months off the ice. I realized my skates needed sharpening and kept putting it off. By the time I got around to taking them in I realized the folks that do my sharpening were on vacation for the next three weeks. I kept going skating, every week, with dull edges and not being able to do all that much. It was still fun and great exercise but it didn’t do much to accelerate my skating. Once I was able to get my skates sharpened I noticed a drastic change in my skating and in my confidence.

Same thing happened a few years ago when I realized that push lawn mowers needed to be sharpened regularly. I used to have to go over the same patch of grass three or four times. After a few years I just thought it was normal for push lawn mowers. What a difference a sharpening made. It’s been two years and I only have to go over the same spot twice….better than before but I think it’s time for another sharpening.

Similar state occurs when companies cut down on training or try to keep equipment going past its prime. It appears like work is getting done but it’s not the same as if the right equipment was available or the right training was provided. There is a loss of efficiency and effectiveness that isn’t attributed to the actual issue – not having your tools sharpened.

An old friend was recounting his experience of working in a warehouse with fork lifts that only had enough battery power to last half the day before they had to be recharged. It was frustrating for the employees because they couldn’t finish their work and frustrating for management because their employees weren’t meeting their quotas. The company had plans to bring in equipment from another location that was about to close but didn’t let employees or management at the warehouse know. Once the new equipment arrived everyone was back to their quotas but a lot of time and ultimately money were wasted. And the warehouse employees still haven’t forgotten – making employee engagement all the more difficult.

In my days as a software developer I was tasked to code in a new environment that neither I, nor anyone else in the company, had any experience in. It took me quite a long time to figure it on my own.  After 6 months I was able to go on a course that taught about the environment. After taking the training, I figured out how I could have designed the software better if I had to do it over again but there was no time left for that. I also realized how much time could have been saved by taking the training earlier.

Do you have all of your business tools sharpened? Take the time to figure out if you are keeping all of your tools sharpened and plan ahead to keep them sharpened. It will save a lot more time and money in the long run. As a bonus both you and your employees will be less frustrated and have more time to think about innovating. 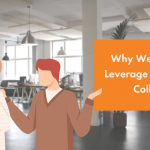