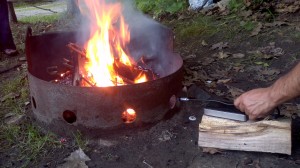 Culture is a huge component in successful and innovative companies. Culture creates a multiplier effect so it is important to improve culture within organizations, if you want your business to grow. Corporations with innovative cultures end up innovating more. There is more freedom, almost like permission, given to create (and to fail).  One way to increase innovation as a culture is to get your folks to network – both internally and externally. Innovation is not just invention; it is bringing a number of ideas and inventions together. The mouse was invented by Xerox but they didn’t benefit from it. While Steve Jobs was touring their facility (networking) he noticed this device and imagined what it could do in his environment.  Sometimes we’re too close to our products and services to see the impact the impact it could have on other industries or products. When we talk with others we can start getting ideas and building on another’s ideas.

Taking a look at crowd sourcing a number of companies have been successful in getting solutions to their problems that couldn’t be solved internally by posting on crowd sourcing websites. It is usually the people that aren’t in the field the problems are posted in that solve the dilemmas. They can bring their experiences in from where they have strengths. This, in a way, is a formal way of creating a networking environment.

Networking doesn’t have to be physical, as you can from all the crowd sourcing and social media sites, but it does help. Having started my career as a techy I, along with my colleagues, used to make fun of the managers and HR folks who just talked to people all day without getting much work done. In hind sight I realize I was missing an important part of innovating and getting work done – building relationships and networking. It is all well to stay within your silo, within the same group, within the same company but it makes organic growth and thereby innovation hard to achieve.

Sometimes top down communication doesn’t make it all the way down. Okay, maybe more then sometimes. Frequently in siloed companies you don’t know what everyone else is working on, let alone what projects are being worked on or are in the pipeline. The best way to find out is getting out there and talking to more people within and outside of the organization. In a previous job we had Microsoft consultants working with the company and they knew how to network! They were the ones telling me who within my department was working on what and who I should talk to in order to resolve issues or get buy in. I valued these guys much more because they kept me connected. I felt they were doing a much better job of creating a collaborative and innovative culture then most others working in the company.

How do you start more people networking in your organization? Usually, in companies, people do what you reward them on. It is hard to measure networking but those that are well networked end up being able to get the job done or figuring out who can get it done. They know how to get the resources needed without having a budget. They understand the value of networking while others watch on (…and complain).