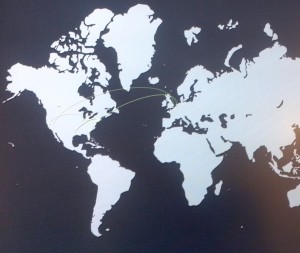 Shopify is a company that allows   global customers to rapidly create online stores. It is an extremely successful company that is continuing to grow and innovate. I had the opportunity to tour their facility and hear Harvey Finkelstein, the Chief Platform Officer,  discuss what makes the company innovative and where he sees areas of online growth in the future.

No scar tissue: Everything is new and don’t have scar tissue from initiatives they’ve tried and had failed at previously. They haven’t done things before so they go for it. People aren’t saying ”We did that before and it didn’t work”.  Most of the staff are relatively young too so they don’t have as much negative baggage holding them back from trying new things.

Having worked in larger, long standing, organizations I have indeed heard “we tried that before”, which makes the task of bringing about change even harder. You’re fighting the stigma of a failed project as well as the change involved in bringing in a new  project.  Any number of reasons can cause an initiative to fail including poor execution, resourcing issues, poor timing, not enough support,… Chances are there was no post mortem done on the failed project and if you weren’t intimately involved in the project you just remember that it failed.

Very data driven company.  They have a digital map of the world in their lobby which lights up the paths that various packages from their stores are taking.  Apparently on Black Monday weekend the map goes crazy. Being data driven is a bigger and bigger trend which makes sense as we have more traceable data readily available. Many have said that CMOs will spend more on technology than CIOs in companies.

According to Harvey top technology trends are going to be:

E-bay has coined a term called ‘snacking’;  like when you’re waiting in line and don’t have much to do. It’s an opportunity to sell while people are idle or waiting wherever they are.  Location based marketing is certainly getting increased attention but this goes beyond that concept. Harvey mentioned that his mother shops online for basic healthcare products at Well.ca, that are delivered to her home because it is convenient.  As you’re on the bus or subway you can do the shopping you would have done later on.  What other mobile services can be offered to consumers to get them to ‘snack’?